Robotic Submarines: How the Navy and Boeing Could Make History 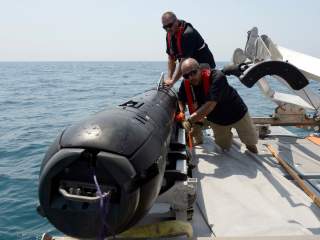 Key point: The Navy is investing in unmanned platforms for a new age of warfare.

David Axe serves as Defense Editor of the National Interest. He is the author of the graphic novels  War Fix, War Is Boring and Machete Squad. This article first appeared last February.