Is Roku Making its Own TVs? 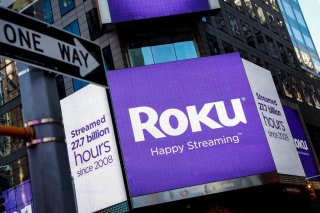 The Roku brand has become very successful in the last decade, first as a type of streaming media player and later as an operating system found on the TVs of manufacturers like TCL and Hisense. A report this week found that more than one-third of those who watched last Sunday’s Super Bowl did so through the Roku platform, the most of any in the survey.

More recently, Roku has made a big move into original content, purchasing the library of the late streaming service Quibi and also making other new shows, driving viewers to its Roku Channel. The company also earns money when users subscribe to different services and rent movies and TV shows through the Roku Channel.

Now, a new report says Roku is eying another move—one towards making its own TVs for the first time.

According to Business Insider, Roku has been hosting focus groups in which they have asked customers how they would feel about the company making its own TVs, rather than licensing the Roku TV brand to other companies.

The idea of doing so “has been discussed as part of Roku's roadmap,” a person familiar with the company’s strategy told the news outlet. "This is a manufacturing operation. They want to go into making their own TVs,” that source told the outlet.

A second executive told the site that Roku has been considering the plunge into manufacturing for some time. "The analysis has been done. They recognized that owning the last bit of branding made a lot of sense, particularly if you are going into content,” that executive said of the plans.

The report arrived ahead of Roku’s quarterly earnings, set to arrive after the bell on Thursday. Roku is one of many companies, like Netflix and Peloton, that hit new heights during the pandemic, with millions more people than usual stuck at home and using their product, but have struggled more recently as such conditions have receded. The company fell short of estimates in the third quarter.

“Roku's TV [original equipment manufacturers] struggled to get TVs to market due to component shortages and supply chain disruption,” analyst Michael Pachter, managing director at Wedbush Partners, said in a note, as reported by Business Insider.

How exactly the manufacturing would work, and where it would take place, is unclear.

Back in January, NPD’s tracking service found that Roku was the number one smart operating system for TVs sold in 2021. At the same time, during the Consumer Electronic Show, Roku announced a new deal to make Sharp its newest manufacturing partner.