King Of Streaming: Roku Has the Numbers, the Content, and the Revenue. 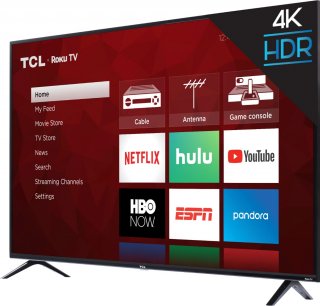 Roku was one of the undoubted winners of the pandemic, as many people who were stuck at home for months during quarantine streamed their favorite shows and movies using that platform, whether on boxes or specialized Roku TVs.

Even with the pandemic receding, Roku had another big first quarter in 2021, according to earnings figures released this week.

“Roku delivered an exceptional first quarter led by strong growth in advertising and the expansion of content distribution partnerships,” the company said this week in its shareholder letter. “We generated record revenue and gross profit growth, as well as record Adjusted EBITDA. More broadly, the overall secular shift to streaming continues, and Roku benefits as a result of our leading technology and scale.”

The platform added 2.4 million active accounts in the quarter, to reach a total of 53.6 million. Total streaming hours jumped by 1.4 billion hours over the last quarter to 18.3 billion. It’s the latest strong quarter for the company, which had reached 50 million accounts in the previous quarter.

According to MarketWatch, Roku’s performance beat analyst expectations, leading the company’s stock to jump after hours.

In the investor letter, Roku touted its new products, including the Express 4K+ and Roku Voice Remote Pro, as well as the new version of the Roku OS. The company also said that it remains the #1 OS for smart TVs in both the U.S. and Canada, a claim it has been making since earlier this year.

“Our exceptional performance in Q1 2021 demonstrates how our business model serves consumers, content owners, and advertisers alike in the TV ecosystem,” the company said. “Though there will be difficult COVID-19-related comparisons in 2021, we believe that the shift to streaming is inevitable. It will be global and will transform the way content is distributed and monetized. As the No. 1 TV streaming platform in the U.S. (based on hours streamed), we are excited about the road ahead.”

The latest in a series of disputes in which Roku has gotten involved has been one with YouTube TV. Last month, Roku threatened to drop the vMVPD from its channel store, as part of a carriage negotiation. A few days later, Roku did indeed stop offering new downloads of YouTube TV, although it continues to have it available for those who had the app downloaded already.

Roku has also, of late, been diving into original content, announcing some deals to put original shows on the Roku Channel. The company also acquired the programming assets of Quibi, the defunct short-form video streaming service, although Roku has abandoned the Quibi name and will refer to those shows as “Roku Originals” when they launch on the Roku platform.