The Royal Navy Is Weak (And Iran Is Taking Advantage) 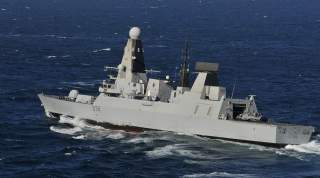