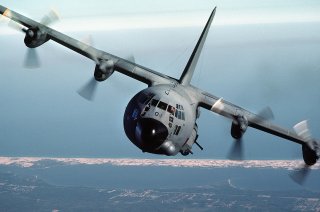 Here's What You Need To Remember: The AC-130 is still a military transport aircraft at heart, slower and less maneuverable than fighters. Against opponents with weak air defenses, it’s a terror. But a conflict in Eastern Europe or the South China Sea, against advanced Russian or Chinese air defenses, would be a different matter.