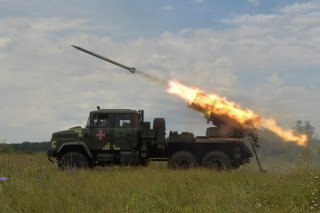 Ukrainian authorities said on Sunday that recent Russian shelling damaged three radiation sensors and injured a worker at the Zaporizhzhia power plant, according to Reuters. Ukrainian president Volodymyr Zelenskyy accused Russia of engaging in “nuclear terror” that same weekend. "There is no such nation in the world that could feel safe when a terrorist state fires at a nuclear plant,” he said. Zelenskyy appealed for a “stronger response from the international community,” including “sanctions on the Russian nuclear industry and nuclear fuel,” to punish Russia for the alleged strike.

Ukrainian energy executive Petro Kotin appeared to call for an international intervention at the Zaporizhzhia plant. “The decision that we demand from the world community and all our partners … is to withdraw the invaders from the territory of the station and create a demilitarized zone on the territory of the station," Kotin said. "The presence of peacekeepers in this zone and the transfer of control of it to them, and then also control of the station to the Ukrainian side would resolve this problem,” he added.

Russian and local pro-Russian occupation officials attributed the alleged attacks to Ukraine’s armed forces. "At night, Ukrainian armed units made a strike using a 220mm rocket of the Uragan MLRS," Energodar’s military-civilian administration claimed on Sunday, according to Russian state news outlet TASS. "The damaged zone included the area of the storage facility for spent nuclear fuel and the station for computer-assistant monitoring of the radiation situation," the administration added.

Russian officials claimed on Sunday that Kyiv is trying to frame Russian forces for attacks committed by Ukraine’s military. "We note that this is not the first provocation by Kiev at radiation-hazardous sites. The shelling of the Zaporozhye NPP by the Ukrainian armed formations is deliberate. In order to discredit Russia, the Ukrainian authorities do not shun anything, creating a real threat to the nuclear security not only of Ukraine, but of Europe as well," read a statement by the Russian embassy in Washington.

Neither side's version of events has been independently corroborated.

“Military action jeopardizing the safety and security of the Zaporizhzya nuclear power plant is completely unacceptable and must be avoided at all costs,” read a statement by International Atomic Energy Agency (IAEA) director general Rafael Grossi. Russia’s foreign ministry said that it welcomes an IAEA mission to gather information on the attack, with the Kremlin insisting that Kyiv is blocking a potential visit.

The Zaporizhzhia power plant, located to Ukraine’s southeast, has continued to operate at reduced capacity since being captured by Russian forces in March.