Occupation Officials in Zaporizhzhia Region Look to Accede to Russia 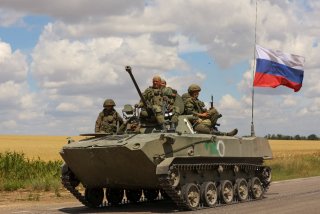 According to Russian state media, local occupation officials in the Zaporizhzhia region are formally preparing to join the Russian Federation.

Rogov’s statement comes on the heels of announcements by Kherson officials that they are moving forward with plans to hold a referendum on joining Russia. Top officials from the pro-Russian separatist Donetsk and Luhansk People’s Republics (DPR and LPR), recognized by Russia as sovereign states just days before the invasion of Ukraine, have expressed interest in holding referendums of their own. It is unclear if Moscow, which has kept its cards close to its vest regarding specific annexation plans for Ukraine, is interested in formally annexing the DPR and LPR as opposed to maintaining them as proxy states.

Western and Ukrainian officials have assessed that the Kremlin is quietly laying the groundwork for a series of annexations in parts of occupied Ukraine. The pro-Russian government in Kherson reportedly took swift steps to phase out the Ukrainian hryvnia in favor of the Russian ruble and is issuing Russian passports to the local population. John Kirby, the communications director at the National Security Council, said in a press briefing earlier this month that Russia seeks to absorb occupied territories in eastern and southern Ukraine following the same  “annexation playbook” it used to take Crimea in 2014. Kyiv has repeatedly stressed that it will not recognize the legitimacy of any referendums held by Russia in Ukraine.