Russia Is Arming Its Tanks with a Controversial New 'Bullet' 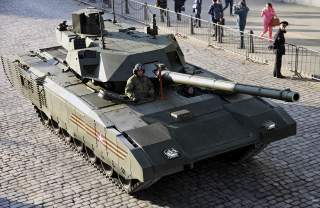