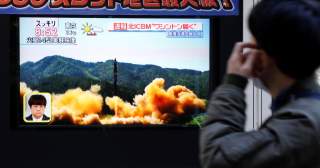 The following is a note from our Executive Editor and the Center for the National Interest’s Director of Defense Studies, Harry J. Kazianis:

What happens next when it comes to the North Korea challenge?

Your guess is as good as mine, but by looking at how far we have come from the tense days of 2017, from “fire and fury” to President Trump declaring his “love” for Chairman Kim Jong Un just recently to now what appears to be an impasse, we know 2019 will keep all Korea watchers quite busy for sure.

Considering the stakes when it comes to Pyongyang’s nuclear weapons program we asked 27 experts from around the world to give us their best predictions on what they think will happen in 2019. As you will see, the range of opinions varies widely. The National Interest has sought out a wide-range of experts, from those who consider engagement with the north to be vital to those who disagree and wants a tougher line going into next year. Below is a listing of the contributors and their perspectives.

List of Participants (links will be active the morning of the dates posted below):

North Korea: We Asked 9 of the World's Leading Experts What Happens Next