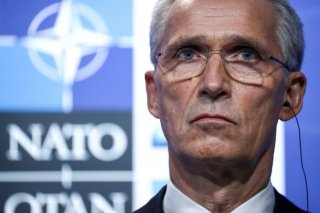 Russian foreign minister Sergey Lavrov announced on Monday that the country would officially suspend its diplomatic mission to NATO and close the military alliance’s office in Moscow, days after it expelled eight Russian officials it accused of conducting espionage.

Lavrov made the announcement at a press conference in Moscow, suggesting that “the basic conditions for common work no longer exist[ed]” after the expulsions. He said that the suspension would take effect starting on November 1 and that foreign NATO officials in Moscow would have their accreditations revoked on the same day.

Although Russia is not a member of NATO, the closure of the Russian delegation in Brussels severs the remaining direct diplomatic channels between the two sides. Future discussions between NATO and Moscow will take place via the Russian Embassy in Belgium.

NATO acknowledged the announcement but offered no comment. In addition to expelling the eight diplomats, it announced that it would halve Russia’s mission to ten. NATO Secretary-General and former Norwegian Prime Minister Jens Stoltenberg clarified that the expulsions had not been tied to any event, but had been triggered after a pattern of unreported activity was detected.

Stoltenberg warned that tensions between NATO and Russia were the worst they had been since the end of the Cold War, citing President Vladimir Putin’s decision to concentrate Russian troops along the Ukrainian border in March and April. The troop levels were later drawn down.

While Russia is not a member of NATO (which was founded in part to contain the Soviet Union, Russia’s predecessor state), the NATO-Russia Council was founded in 2002 to promote cooperation in areas of mutual interest. While this council has been largely defunct since 2014, after the Russian seizure of Crimea and aid to rebels in eastern Ukraine, it has continued to meet and has provided a channel for diplomacy.

Russia has expressed anger at NATO for expanding its presence into eastern Europe, including in Ukraine and Georgia, the latter of which Secretary of Defense Lloyd Austin recently visited to sign an extended security pact. Russia has long considered these nations as within its own sphere of influence and has viewed NATO’s increasing roles as encroachment.

For its part, NATO has reaffirmed its commitment to defend the security of its members in Eastern Europe, including Romania, Poland, and the three Baltic states, each of which was formerly a member state within the Soviet Union.