Russia Hates This: Why the Astute-Class Submarine Is the Pride of the Royal Navy 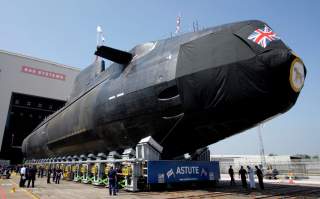 Key Point: London's Astute class submarines are powerful and very well-built. That is why potential enemies, such as Russia, fears them.

Robert Farley is a senior lecturer at the Patterson School of Diplomacy and International Commerce. His work includes military doctrine, national security, and maritime affairs. This first appeared in 2018.