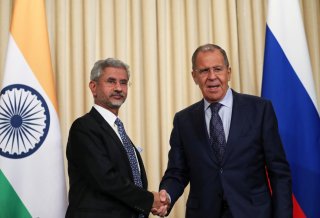 Russia is seeking payment in United Arab Emirate (UAE) dirhams for oil exports to certain Indian customers, according to a Reuters report.

An invoice reviewed by Reuters shows the bill to an oil refiner being calculated in dollars and payment being requested in Dirhams. Reuters reported that at least two Indian refiners have already paid for Russian goods in dirhams.

Western sanctions drove down the price of Russian crude going into the summer, prompting India and China to snap up Russian oil in record numbers. “Asia has saved Russian crude production,” analyst Viktor Katona told The New York Times. “Russia, instead of falling further, is almost close to its prepandemic levels.” Despite taking steps to deepen its economic ties with the United States, the UAE has staked out what it calls a neutral position on the Russo-Ukrainian War and has not participated in the Western campaign to isolate Russia through successive waves of sanctions packages.

Moscow has pursued payment diversification strategies to skirt the Western sanctions regime in the aftermath of Russia’s invasion of Ukraine. It was revealed in April that Russia has begun to ship coal and oil to China paid for in yuan. There has also been reporting indicating that an Indian cement producer used Chinese yuan to buy Russian raw materials. “This move is significant. I have never heard any Indian entity paying in yuan for international trade in the last 25 years of my career. This is basically circumventing the USD (U.S. dollar)," a Singapore-based currency trader told Reuters. International shippers are using a variety of tactics, including barter, creative currency accounting, and ship-to-ship transfers, to conceal their imports of Russian crude cargo.

The European Union (EU) is eyeing a complete ban on Russian oil imports amid mounting concerns over an impending energy crisis. Though direct oil exports from Russia to the EU are plummeting, there have been credible reports that India is refining a portion of the crude oil it buys from Russia and selling it to the EU and United States.

During a visit to India in April, Russian foreign minister Sergey Lavrov said that Moscow is seeking to expand its use of non-Western currencies. “It is absolutely clear that more and more transactions would be done through this system using national currencies, bypassing dollar, euro and other currencies… I have no doubt that a way would be (found) to bypass the artificial impediments which illegal unilateral sanctions by the West create. This relates also to the area of military-technical cooperation,” Lavrov said.