Is Russia Ready for Hypersonics Warfare? 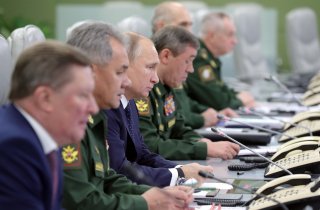 Russia has completed flight tests of its advanced Tsirkon hypersonic cruise missile, with launches from an Admiral Gorshkov-class frigate, a source close to the Russian defense ministry told the TASS news agency.

Russia has ship-fired its new Tsirkon hypersonic missile, which is reportedly capable of traveling at nine times the speed of sound against coastal, inland or maritime targets from great distances. Russia has been developing hypersonic weapons for quite some time and touting its successes via Russian media.

“The flight tests of Tsirkon, with launches from a coastal mount and Project 22350 Admiral Gorshkov frigate have been successfully completed,” the TASS news agency reported. “Over ten launches were performed, the latest of them in July.”

New trials are set to begin in just a few months and will be quickly followed by actual delivery and deployment of the weapon. The news agency claims that the Tsirkon hypersonic missile is capable of flying nine times the speed of sound at Mach 9 and is able to reach targets as far away as 1,000 kilometers.

How might a ship-launched hypersonic missile, capable of those speeds at ranges up to 1,000 kilometers, impact tactical circumstances on the high seas? Perhaps it could target and strike the coastal areas of NATO-allied along the Black Sea such as Romania and Bulgaria. Also, Ukraine borders the Black Sea. Certainly, an attack weapon traveling at hypersonic speeds would prove difficult to detect and defend against. Hypersonic weapons mounted on warships place new areas at risk, particularly given that coastal sensors, command and control operations, and interceptors would struggle to respond in time to prevent a successful strike.

The U.S. Navy and its NATO allies—even the U.S. Coast Guard—are known to regularly conduct security and deterrence patrols in international waters in the Black Sea. Perhaps arming warships with hypersonic weapons represents a deliberate and transparent Russian attempt to compensate for its smaller, less capable Naval force. The thought process of Russian officials may be that arming ships with hypersonics may help the Russian Navy improve its lethality and close the gap with a much larger and technologically superior U.S. Navy.

It might not be entirely accurate to say the coastal areas, inland fortifications and U.S. Navy ships are defenseless against hypersonics. If that happens to be the case, then it will not be the case for much longer given that artificial-intelligence-enabled sensing, fire control and layered defenses, and aerial sensor nodes capable of surveilling beyond the horizon make it possible for advanced Navy ships to see and take out an approaching hypersonic weapon. Many more weapons, particularly those which are for non-lethal defensive purposes such as interceptor missiles, are increasingly becoming automated, networked and supported by unprecedented computer processing speeds. The Defense Department is making advances with non-kinetic jamming and electronic warfare defenses too. So while Russia may paint things one way, the actual parameters of the threat equation are likely to be more nuanced, complicated and subject to rapid changes as new weapons emerge.