Russia Tells NATO It Can Track Its F-35s (Is It True?) 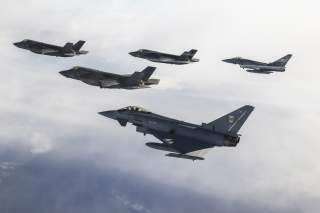