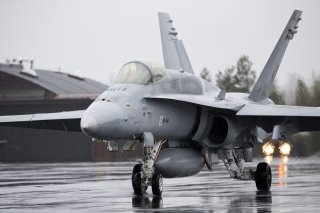 Vladimir Dzhabarov, first deputy chairman of the International Committee of the Russian Federation Council, criticized Finland on Wednesday over its consideration of accession to the NATO military alliance, according to Russia’s state-run “RIA Novosti” media network.

Dzhabarov suggested that Russia would “immediately respond” to Finland joining NATO, which “would make it a target for Russian retaliatory measures,” although he did not specify what measures would be taken.

Russian president Vladimir Putin previously said that the invasion of Ukraine, which began on Feb. 24, was undertaken to “demilitarize” the Ukrainian government. The possibility of Ukraine joining NATO in the future was a key issue for Russia. Russian officials have claimed that the war could end after receiving a guarantee that Ukraine would remain neutral, in addition to other conditions.

Neutrality has long been a key priority of Finland, a former province of the Russian empire with historic connections to Russia. The country secured its independence from the Soviet Union in the 1939-1940 “Winter War,” when Finnish troops fought a far larger invading Soviet army to a standstill. Some believe that conflict may have influenced Hitler to invade the Soviet Union the following year. After World War II, Finland maintained a delicate balance between Moscow and the West, largely integrating with Europe economically while maintaining strict political neutrality.

After the collapse of the Soviet Union, Finland integrated more closely with the West, joining the European Union in 1995 and expanding its relationship with NATO. The Finnish government has not formally sought to join NATO, though. Most Finns have supported their country’s even-handed approach.

However, Finland’s longstanding neutrality shifted in the aftermath of the Russian invasion of Ukraine. Finland quickly joined the EU’s sanctions regime against Russia. Finnish leaders indicated that they would pursue closer cooperation with NATO, refusing to rule out accession to the alliance. At the same time, Finnish opinion polls have shown unprecedented support for the country joining NATO, with more than 50 percent of Finns in favor according to a poll conducted by Finland’s state-owned YLE television network.

NATO leaders have expressed openness to Finland joining the military alliance, with NATO Secretary General Jens Stoltenberg claiming that “all allies will welcome them.”

“We know that they can easily join this alliance if they decide to apply,” Stoltenberg said, highlighting operational similarities between the organization and equipment of the Finnish military and existing NATO structures.