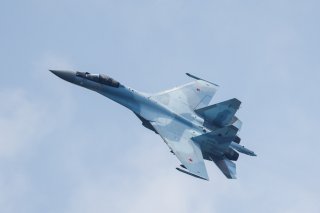 The Russian military has vowed to target and destroy all foreign “mercenaries” fighting for Ukraine, according to a top Russian defense official.

"We know all locations of foreign mercenaries in Ukraine. More surgical strikes will continue to be delivered against them, like the one carried out on March 13 against the training centers in Starichi and at the Yavorovsky proving ground," said Russian Defense Ministry spokesman Igor Konashenkov on Monday.

"Some Western countries have been encouraging their citizens at the government level to participate in combat operations in the capacity of mercenaries against Russian forces in Ukraine. All responsibility for the death of this category of foreign nationals in Ukraine will rest squarely upon the leaders of their respective countries," he warned.

Moscow’s announcement came shortly after an airstrike on Ukraine’s Yavoriv military facility that, according to the Russian Defense Ministry, claimed the lives of 180 “foreign mercenaries.” However, Ukrainian officials have denied that any foreign fighters were killed by the attack.

The Kremlin recently stated that foreign “mercenaries” in Ukraine are not covered by the Geneva Convention and will therefore not be accorded the legal status of combatants. Konashenkov clarified earlier in March that the Russian military will not treat any of the fighters in question as prisoners of war. "I wish to make an official statement that none of the mercenaries the West is sending to Ukraine to fight for the nationalist regime in Kiev can be considered as combatants in accordance with international humanitarian law or enjoy the status of prisoners of war," Konashenkov said on March 3.

The Russian military’s plan to target foreign fighters in Ukraine adds a new layer of complications to the war. American legal scholar Jonathan Turley has argued that, contrary to Russia’s claims, foreign fighters in Ukraine are covered under the Geneva Convention because they were formally invited to participate in the conflict by Ukraine’s president and are being officially incorporated into Ukraine’s armed forces. Turley contends that the foreign fighters, drawn largely from western NATO countries, must be legally accorded the same wartime protections as any other member of Ukraine’s armed forces. Russia’s apparent plan to hunt down and unconditionally eliminate all Ukrainian foreign fighters could, according to Turley’s interpretation, run afoul of international law.

But even if Russia’s interpretation of the Geneva Convention were to prevail in an international court of law, the presence of foreign fighters on the front lines still bears underlying escalatory risks. The potential capture or loss of British, American, Canadian, and other Western fighters, whether legally classified as “mercenaries” or not, opens a host of thorny legal, diplomatic, and political issues at a time when Western governments are facing both internal and external pressure to step up their support for the Ukrainian war effort.