Russia Wants to Arm Its Submarines With Hypersonic Missiles 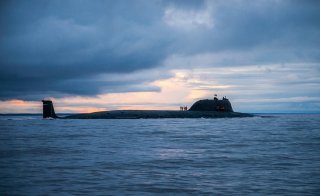 The nuclear-powered submarine Novosibirsk is the Project 885M (Yasen-M) first serial-built vessel floated out on December 25, 2019. These submarines will carry Kalibr-PL and Oniks cruise missiles as their basic strike weapons. Eventually, they will be armed with Tsirkon hypersonic missiles.

Russia is planning to arm its new Project 885M Yasen-M submarine with hypersonic missiles, a move likely to impact the threat equation in a considerable way. Hypersonic weapons are extremely dangerous regardless of launch method, and there are numerous ongoing efforts to develop innovative ways of countering them. Stopping incoming missiles at five times the speed of sound presents quite a challenge for any force, and launching them from submarines presents additional threats.

The new Russian nuclear-powered submarine, which TASS news says first floated in 2019, carries “Kalibr-PL and Oniks cruise missiles as their basic strike weapon.” Adding hypersonic missiles could considerably change the threat equation. Unlike fixed land-launched hypersonic missile sites which can be identified in advance of an attack, submarines lurking beneath the ocean at an undisclosed location can make defending a hypersonic attack much more difficult.

Attack submarines are increasingly equipped to perform clandestine reconnaissance missions as well, making them capable of potentially launching attacks from unknown or hidden locations. An attack approaching at hypersonic speeds from an unknown location could be extremely difficult to track or stop. Yet another factor to consider is the possibility that new Russian submarines may be incorporating new quieting technology. While little may be known about this, it certainly could be a possibility given the scope of technological advances in recent years. U.S. Navy Virginia-class attack submarines, for instance, have now incorporated a series of new modifications and technological adaptations to better enable them to patrol undetected. This can help them reach sensitive coastal areas for patrol less accessible to deeper draft surface ships. For example, new hypersonic-missile armed Russian submarines might be in a position to hold Eastern European NATO allies such as Albania and Bulgaria at risk from the Black Sea, as incoming ocean-fired hypersonic weapons.

The new hypersonic armed submarine merely compounds an existing Russian submarine threat which is considerable. Firing a hypersonic missile for a wide range of potential angles of attack from the ocean makes many more inland targets vulnerable, especially if the launch point is not found. Globalfirepower.com reports that Russia operates as many as sixty-four submarines, and many of them are known for their sophistication in certain areas such as air-independent propulsion and other undersea warfare technologies.