Russia Wants a New Stealth Bomber. It Might Not Be Easy To Build For 1 Reason. 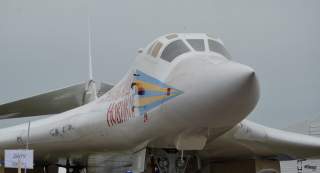 Michael Kofman, a Russian military affairs specialist at the Center for Naval Analyses, said that the PAK-DA program is more or less a research and development program at the moment.

(This first appeared in February of this year.)