The Russian Military’s Failure in Ukraine Is No Surprise 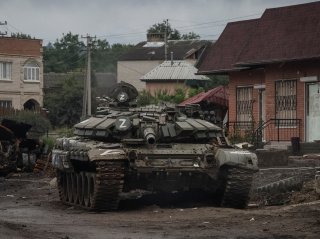 The Russian military invaded Ukraine on false or otherwise flawed assumptions about the Ukrainian military, and Western views of the Russian military were often equally as wrong. Senior U.S. military officers and government officials believed the Russian military would quickly destroy Ukrainian resistance, with some officials speculating that Kyiv would fall within seventy-two hours. Instead, the attack on Kyiv stalled, with the infamous forty-mile convoy becoming the climax of Russian logistical and planning failures that led to the embarrassing withdrawal from Kyiv in late March. Perhaps the West fell prey to the Russian information campaigns that have been demonstrated during military campaigns over the years, such as Russian involvement in the Syrian Civil War or the “Little Green Men” in Crimea. Military analysts ultimately believed that the Russian military had reformed after Defense Minister Anatoly Serdyukov’s 2008 “New Look” reforms.

The invasion of Ukraine has shown some of the operational design flaws that were endemic and characteristic of the post-Soviet Russian military, which Serdyukov’s reforms were meant to address. Poor force design and employment, flawed intelligence and reconnaissance, uncoordinated command and control, and systemic logistical problems still run across all levels of Russian command. The overabundance of Russian missteps in local conflicts since the fall of the Soviet Union should have helped analysts see the Russian military’s shortcomings. Even though they are not exhaustive, a brief look at these shortcomings may have helped shape a different Western perception of the Russian military before the invasion.

Once hostilities broke out in Ukraine this February, the Russian military was plagued by poor intelligence and reconnaissance capabilities, just as it was in past conflicts, highlighting a recurring problem. For example, according to open-source reporting during the now well-known counteroffensive in Kharkiv, the Russian military often lost track of Ukrainian brigade elements, leading to the successful Ukrainian rout of Russian forces in the region. Specifically, by the summer of 2022, the manning situation had become so dire in some parts of the sector that the 45th Guards GRU Spetsnaz Brigade, which was the Russian Airborne Forces (VDV) and the GRU’s premier deep reconnaissance unit, had one battalion manning defenses southwest of Izyum and a second battalion manning defenses in northernmost part of northeast Kherson Province. This left the entire Russian force in the region effectively blind. Russia has also lost 148 reconnaissance unmanned aerial vehicles during the war.

At the start of the special military operation (SMO), Russian motorized rifle battalions appeared to operate at between 65 to 75 percent. Shortages in manpower only became more dramatic, leading to the call for partial mobilization in September.  Throughout the summer, manning issues worsened because Russian leader Vladimir Putin would not approve mobilization and because the General Staff and the Ministry of Defense’s ad hoc, ninety-day reservist-based solutions kept expiring. By August, members of the 152nd Guards Missile Brigade, an Iskander Brigade from Kaliningrad, were performing infantry functions in a quasi-attempt to hold part of the 11th Army Corps’ defensive line northwest of Izyum. Perhaps most surprisingly, the training of Russian forces appeared to be underdeveloped, even among more elite forces like the naval infantry, VDV, and Spetsnaz.

Russia’s command and control continues to be equally dreadful. Reports suggest that the Russian military did not have a theater commander in Ukraine until late April, when now-relieved Gen. Aleksandr Dvornikov was appointed to lead Russian forces in theater. Up to that point, each Combined Arms Army operated independently through its axes of advance, with little overall coordination. Coordination amongst military units seemed haphazard, with Rosgvardiya—National Guard forces—sometimes in the lead of Russian formations. Russian commanders appeared to have vast communication issues, which may have led to some of these Russian commanders being targeted and killed by Ukrainian troops. In a now-famous video, 90th Guards Tank Division members operated unsecured on their secured system, and their communications were intercepted in an ambush in eastern Kyiv and broadcast worldwide.

Moreover, secure communications have not worked because ERA, the Russian cryptophone introduced in 2021, relies on ground-based 3G and 4G infrastructure. Additionally, the GRU’s Strelets reconnaissance, command-and-control, and communications system, which also uses 3G and 4G technology, was disrupted early in the invasion. Russia has lost 201 command posts and communication stations since the onset of hostilities, making command and control difficult across the battlefield.

In 1994, the Russian military, a force inherited from the Soviet Union, was in chaos. Officers had not received pay for months, and the Russian economy struggled to convert from a state-planned economy to a capitalistic market economy. During the organizational upheavals that quickly followed, Russia plunged its military into a battle with a determined and flexible enemy, some of whom had served in the Soviet Armed Forces and had Soviet equipment at their disposal. The same Russian egotism that led to predictions in February of Kyiv falling within days was also abundant in Grozny, with then-Russian minister of defense Gen. Pavel Grachev bragging that Grozny would fall in two hours.

After a series of failed and forceful attempts to dispose of Dzhokhar Dudayev, Chechnya’s president and a former Soviet Air Force general, Russia deployed a contingency force to Grozny, which proved disastrous. Kremlin security officials believed Dudayev and his army to be a disorganized criminal element that would be subdued on the sight of the first Russian tank, failing to grasp true Chechen aims and capabilities. Russian tactics were organized more on a display of force than a movement to contact. Intimidation and coercion were the main objectives. Detailed planning for the military intervention in Chechnya did not begin until two weeks before the operation, which had consequential effects throughout the entire twenty-one-month operation.

A Soviet and Russian adage for force generation—“Personnel: check! Equipment: check!, Training: optional”—lives strongly inside Russian planners’ minds. At the time of the attack on Grozny, Russian forces had not conducted divisional or regimental field training since before the collapse of the Soviet military. Most Russian battalions were manned at 55 percent, and not a single Russian regiment was manned at full strength. Russian units were casually constructed, and a considerable quantity of Russian soldiers were conscripts; none had trained together before going into the streets of Grozny. In the  81st Brigade, 90th Guards Tank Division, forty-nine out of the fifty-six platoon commanders had been at the military academy weeks before the beginning of hostilities. 50 percent of the men who hastily assembled for operations in Grozny had never fired a shell from their tank. Russian commanders suffered communication breakdowns at the platoon, company, and battalion levels. They were often forced to transmit over clear radio, allowing Chechen fighters to monitor their transmissions and insert false messages to confuse Russian forces.

As the Russian military began operations into Grozny, Russian commanders committed their armor forces without infantry support. Instead of pinpointing primary efforts and objectives, Russian troops advanced in three separate, isolated, and mutually unsupported columns. In an identical fashion to the war in Ukraine, where hundreds of videos show Russian tank formations operating alone in cities or villages, the Russians suffered catastrophic losses as tanks and personnel carriers entered the city and became apparent targets for Chechnya hunter-killer teams. As the battle of Grozny waned, 102 out of the 120 Russian infantry fighting vehicles and twenty of the twenty-six tanks that had entered the city were wiped out. The 1st battalion of the 131st Motorized Rifle Brigade entered the city with 1,000 soldiers; by January 3, as it entered the city center, the unit had lost 800. Russia also failed to block off the city, as Soviet (and later Russian) doctrine, learned after World War II, prescribed.

The Chechnyan and Ukrainian invasions in 2022 share some resemblances. Both saw inadequately staffed units, poor use of combined arms leading to catastrophic effects on the armored force, and inadequate intelligence collection—amplified by endemic corruption—resulting in a misconception of the enemy. Just like in Chechnya, Russian security forces painted an erroneous picture of realities, leading military planners to underestimate Ukrainian troops. Much like in Grozny, Russian armor entered cities without infantry support. Weakly executed reconnaissance meant that Russian commanders headed blindly into Grozny. Russian forces did not know Chechnyan strongholds in the city and, therefore, blindly committed frontal troops instead of bypassing them. This underscores further command and control problems that date back to 1995.

By 2006, the Russian military was training for a confrontation with Georgia with large-scale military exercises in the North Caucasus Military District that looked like a dress rehearsal for an attack on Georgia. After a Georgian military attack on the breakaway region of South Ossetia, Russia attacked Georgia on August 8, 2008. The geography and military disparity between Russia and Georgia during the conflict resulted in unsurprising outcomes. However, a closer look shows evidence of Russian shortcomings similar to those in Chechnya and Ukraine.

According to Gen. Nikolai Makarov, chief of the Russian General Staff, only 17 percent of the ground forces units were combat-ready. Only 5 of the 150 regiments in the Russian air force were combat-ready, and half of the Russian fleet could not leave port. Russian contract soldiers did not perform well during the operation, with most of the fighting being conducted by special-purpose forces, such as Russian airborne or Spetsnaz troops. The Russian air force’s failure to suppress Georgia’s limited air defense capabilities and its difficulties identifying friend or foe raise questions about its effectiveness.