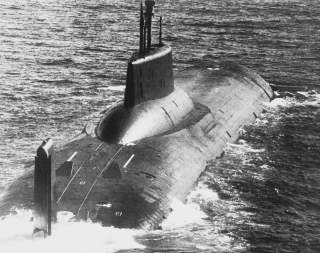 Clancy envisioned a modified Akula-class submarine, Red October, whose disillusioned captain and crew were attempting to defect to the United States.

Meet Russia's Alfa-Class Submarine: She Can Dive Deeper and Move Faster Than Any Other Sub