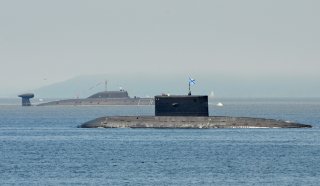 This month, the crew of the Russian Navy’s Project 877 diesel-electric submarine Dmitrov took part in a deep dive drill in the Baltic Sea. During the dives, the submariners checked the operation of all of the boat’s systems and mechanisms.