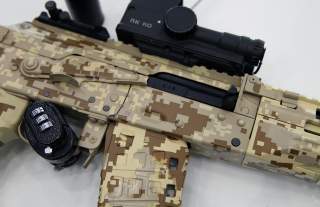 Key point: Russia is looking to increase its arms exports.