Is Russia's Only Aircraft Carrier Doomed? 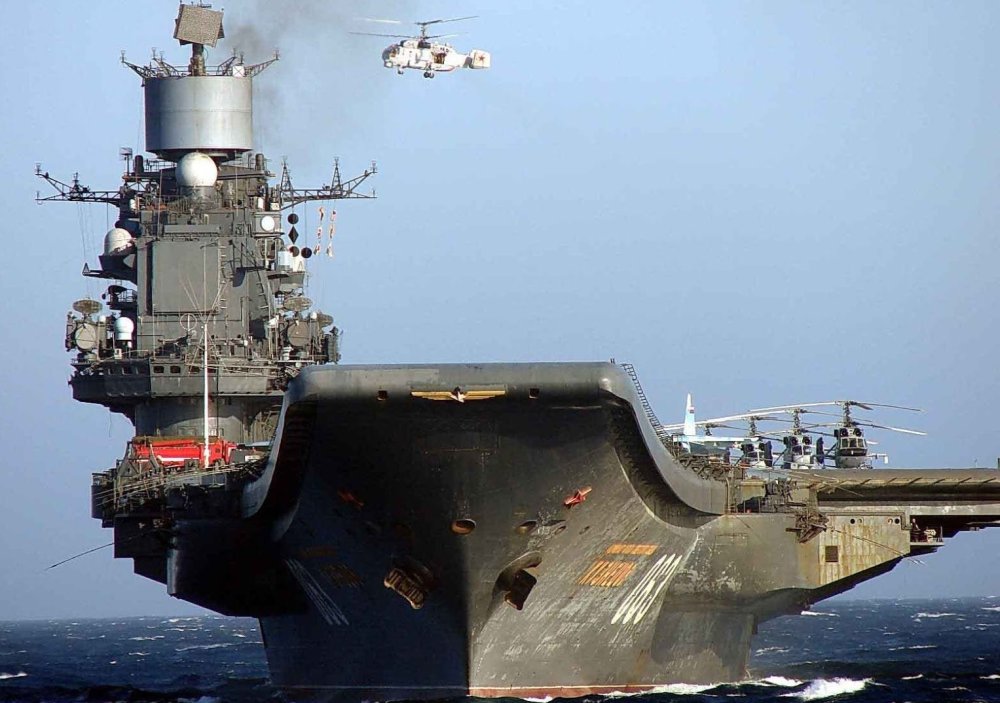 Russia’s sole aircraft carrier has seen better days. The geriatric Admiral Kuznetsov suffered a long series of embarrassments over the years, from crashing two aircraft in less than two weeks to being followed by tugboats wherever it goes. The carrier’s only combat deployment for the last 30 years was during the Syrian Civil War in 2016, when it was spotted belching thick clouds of black smoke on its way up the English Channel.

Admiral Kuznetsov experienced what is by far its most serious disaster in late 2018, when a 70-ton crane smashed into the aircraft carrier’s hull and sank Kuznetsov’s PD-50 drydock. The ship suffered “52 defects” that will take around one billion dollars (seventy million rubles) to repair, not counting the construction cost of the additional facilities needed to service Admiral Kuznetsov at the 35th ship repair plant in Murmansk.

In the beginning of this summer, United Shipbuilding Corporation (USC) Chief Alexei Rakhmanov offered a lukewarm assurance that Admiral Kuznetsov aircraft carrier will undergo repairs and finish state trials by over the next two years: “Barring any other assurances, we plan on finishing the bulk of the work in 2020 and completing state trials in 2021. Nothing has changed as of now. The work is proceeding according to schedule,” Rakhmanov said to Russian state news.

Half a year has passed, with no further communication from official Kremlin channels and no leaks whatsoever from anonymous defense industry insiders. Nevertheless, defense observers would be wise not to read too much into the current radio silence surrounding Admiral Kuznetsov. The likeliest explanation is that the Murmansk plant is still being prepared for the intensive repair process to come; work on Admiral Kuznetsov is unlikely to commence until the first months of 2020.

Still, one may be forgiven for harboring doubts over Admiral Kuznetsov’s future. One billion dollars’ worth of hull repairs barely scratches the surface of the comprehensive refit necessary to modernize Russia’s only aircraft carrier-- Kuznetsov’s power equipment, boilers, pumps, flight equipment, observation and control systems have all been flagged for replacement. Given the colossal financial and labor commitments that this project entails, Kremlin staffers and Russian defense commentators are reasonably asking if the Russian Navy’s limited resources can be better spent elsewhere. For one, it is not clear how Admiral Kuznetsov fits into Russia’s own naval modernization strategy of eschewing forward operations and global power projection in favor of a lean, local, rapid-response force spearheaded by cutting-edge submarines and corvettes. More fundamentally, Russia is a land power that has never needed a navy capable of projecting force across the world. If anything, the Soviet investment into Slava and Kirov-class cruisers proves that Russia has always been more interested in countering U.S. carriers than building their own.

If the Russian Navy insists on owning an aircraft carrier-- whether as a prestige symbol or for niche naval operations-- it may turn out to be more cost-effective to start from scratch with a more modern foundation. In fact, the Kremlin is currently reviewing a proposal for a non-nuclear aircraft carrier dubbed project 23000E “Shtorm”-- that concept, however, remains in an early pre-development stage.