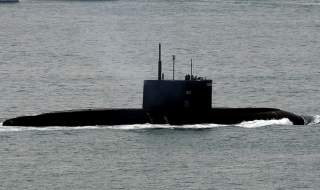 Key point: The Alfa class definitely was the speed-king. But what good is being fast if everyone can hear you?