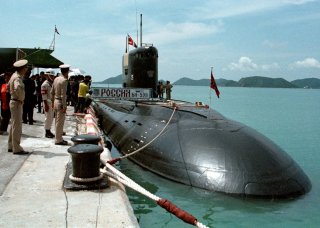 Here's What You Need To Remember: The Alfa represented a design paradigm for “small but fast” attack submarins that would ultimately fall out of favor compared to “big but stealthy” designs like the Russian Akula-class and U.S. Sea Wolf-class SSNs.