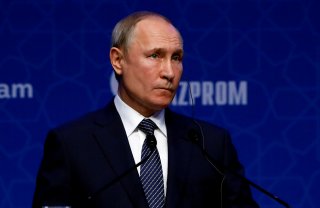 European officials have described explosions leading to leaks on two Russian-owned pipelines as a deliberate attack.

Five European officials with “direct knowledge of security discussions” told the Washington Post that there is a “widespread assumption that Russia was behind” the alleged attack. Several countries, including Germany and Denmark, have opened investigations into the incident. One of the officials suggested Russia orchestrated the alleged act of sabotage as a signal to European states that it has the capability to target critical infrastructure in that region.

“Nordstream sabotage acts appear to be an attempt to further destabilize energy supply to EU,” wrote European Council President Charles Michel. “We need an urgent and thorough investigation.  Those responsible will be held fully accountable and made to pay.  Our efforts to diversify energy supply away from Russian gas continue,” he continued.

Researchers have ruled out the prospect that the Baltic Sea disturbances could have been caused by anything other than explosions, according to an NPR report. "These are not earthquakes; they are not landslides underwater,” Björn Lund, director of the Swedish National Seismic Network at Uppsala University, told NPR.

Russia has not admitted responsibility for the explosions. "This is very concerning news. Indeed, we are talking about some damage of an unclear nature to the pipeline in Denmark's economic zone. This is an issue related to the energy security of the entire continent,” said Kremlin spokesman Dmitry Peskov.

Former Polish defense minister Radek Sikorski attributed the attacks to the United States, which has been an outspoken opponent of the Nord Stream 2 project. “Thank you, USA,” he wrote in a tweet accompanying a photo of the leak. Poland’s secretary of state, Stanisław Żaryn, swiftly denounced Sikorski’s claim as “Russian propaganda” in a Tuesday tweet. “Authenticating the Russian lies at this particular moment jeopardizes the security of Poland. What an act of gross irresponsibility!” Żaryn added.

“If it is confirmed, that’s clearly in no one’s interest,” Secretary of State Antony Blinken told reporters when asked about the purported sabotage. “What’s critical is that we are working day in, day out, both on a short-term basis and a long-term basis, to address energy security for Europe and, for that matter, around the world.”

The leaks are not expected to have a tangible impact on the immediate supply of gas to Europe—Russia aggressively cut the output of Nord Stream 1 to a fraction of its total capacity in the months leading up to the blasts, while the certification process for Nord Stream 2 was suspended by Germany on the eve of Russia’s invasion of Ukraine.