Samsung's New Galaxy A Smartphone: Better Than the iPhone 9? 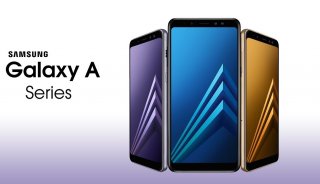 It appears that Samsung thinks, even amid the COVID-19 pandemic, consumers will scrounge up enough money from their already-tight budgets to buy a new smartphone.

In keeping with this theme, the Korean tech behemoth is refreshing its Galaxy A-Series midrange phones. On tap is a sizeable team of new offerings – six different smartphones to be exact.

This particular roster is well known for being relatively inexpensive compared to the company’s more flamboyant Galaxy S and Galaxy Note devices. Four of the phones, which use 4G LTE, range from $110 for the Galaxy A10 to $400 for the Galaxy A51.

The other two phones are 5G models – the $500 Galaxy A51 5G and the $600 Galaxy A71 5G. These price points give Samsung two of the cheapest 5G phones in the U.S. market, even as TCL, which is more known for its budget TV offerings, has also announced the release of cheaper 5G-capable smartphones.

The news of this release also comes on the heels of Apple’s imminent launch of its budget-conscious iPhone 9, which is considered a successor to the 2016’s iPhone SE.

Samsung’s entire new lineup comes with Android 10 software with One UI 2.0, and for all you legacy music fans out there, they all feature a 3.5mm headphone jack. Moreover, all of the phones feature Samsung's highly touted curved displays and quick-charging capabilities. The higher-end models are equipped with improved camera lenses, bigger batteries and more internal storage.

The Galaxy A01 and A51 will be available at Verizon beginning on Thursday, while the other models, including the 5G devices, are slated to hit stores this summer.

With the newer phone offerings, companies like Samsung and Apple are trying to reverse the trend of consumers waiting longer and longer to upgrade their smartphones. According to Strategy Analytics, smartphone shipments saw the biggest ever drop in February, as they plummeted 38 percent to 61.8 million units. For the year 2020 as a whole, phone sales are expected to hit a 10-year low.