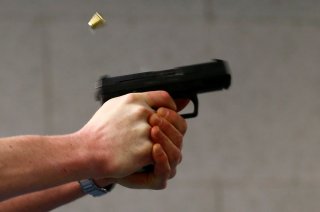 It is generally agreed that no handgun stance is perfect for every individual or situation, but Savage Arms' Stance, a micro-compact 9mm pistol, could be ideal for everyday carry (EDC). The newly announced handgun marks Savage's return to concealed carry and self-defense, and according to its maker, it will be the first of a complete family of handguns built to the demanding standards of accuracy and reliability that have come to define Savage Arms.

"Since Savage was sold in July 2019, President and CEO Al Kasper publicly stated that Savage Arms would be a complete firearm company," said Robert Gates, vice president of sales and marketing at Savage Arms. "Savage is proud to announce its first step into what is the largest segment of the firearms market with the introduction of Stance, a micro-compact 9mm pistol manufactured with premium materials, finishes, and features."

The Stance, the first of an all-new line of handguns, will be available in three color options including black, gray and FDE; with matte black melonite slide, and night and standard sight options.

"Stance is another momentous milestone for Savage," added Jessica Treglia, senior brand manager at Savage Arms. "While this isn't Savage’s first concealed carry pistol, and certainly not our first handgun, it has been more than a century since we focused on compact pistols purpose-built for every day carry. Stance is the first in a new series of handguns that will meet the accuracy and reliability standards that our customers expect, and a further demonstration of Savage's commitment to build the best, most complete line of American-made firearms."

Stance further utilizes a chassis as the serialized component of the pistol, which provides Savage with the flexibility to offer a wide variety of grip frames featuring aggressive stippling texture that wraps 360 degrees. Stance comes with two interchangeable backstraps for small- or large-sized grips, both at the popular 18-degree angle, making Stance an intuitive and easy to control the firearm. The EDC handgun offers an ambidextrous magazine release and slide catch.

Each Stance pistol comes with two detachable box magazines, with seven, eight and 10 round capacity options available, and the retail price of the Stance line ranges from $479 to $561, depending on the specific model and features.

Easy takedown with takedown lever, no trigger pull or tool needed for disassembly

The Stance is now available at select retailers.