Second Child Tax Credit Payment is Coming: What You Need to Know 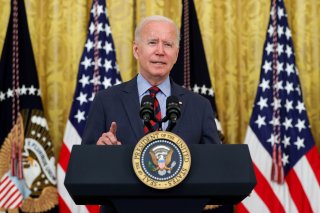 The second of six expanded Child Tax Credit payments is being sent to most American households with dependent children on August 13. The payments, approved in the March 2021 American Rescue Plan Act (ARPA), are valued at $300 apiece for parents of children aged five and under, and $250 for children aged six through seventeen. The payments are being sent out once per month, from July until December. Distribution of the checks is slated to begin on the fifteenth of the month for every month except August, when the fifteenth falls on a Sunday; for this reason, the payments will instead be sent on Friday, August 13.

For payments in the form of paper checks, the payments will likely take some time longer to arrive; for direct deposit, the default setting, they will probably be deposited within a few weeks, unless the IRS has a problem distributing the money. The six payments are set to continue from August until December, totaling $1,500 per child for older children, and $1,800 per child for younger ones. An equal amount can be claimed as a deduction on one's taxes when it comes time to file in April 2022.

The innovation in the Child Tax Credit payments was in their advance payout—approved as an emergency measure in the ARPA, after President Joe Biden argued that they would serve as a targeted source of cash relief during the pandemic. A second notable change was making the payments fully refundable, meaning that they would be paid out regardless of a family’s tax status. In past years, families that did not make as much taxable income as the value of the credit would simply be unable to take advantage of it all; this year, as the credit is fully refundable, it can be received as actual cash, effectively taking the role of a miniature stimulus payment.

This innovation has effectively turned the payment into a miniature stimulus check for families, although it has attracted criticism from other corners; Senators Mike Lee (R-Utah) and Marco Rubio (R-Fla.), for instance, issued a statement condemning this change and suggesting that the Child Tax Credit payments should be regarded as a tax credit for working families rather than a government assistance payment.

However, other voices have approved more forcefully of the tax credit. Its advocates have argued that it is estimated to halve the national child poverty rate, and have pushed Biden to expand the program and make it permanent. Biden has already made it known that he supports such an expansion, and his original “American Families Plan” proposal contained a clause maintaining the Child Tax Credit at its expanded level for five more years. This plan has not yet passed, though, and fiscal conservatives have voiced their opposition to many of the programs that it contains.