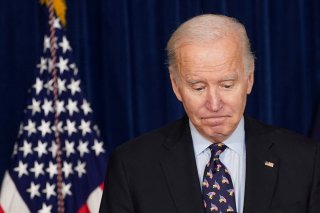 Senate Parliamentarian Elizabeth MacDonough ruled on Thursday that the “Build Back Better Act,” a major spending bill containing a litany of Democratic priorities, could not include proposed reforms to immigration law. The decision is a major blow to President Joe Biden and Senate Majority Leader Chuck Schumer (D-N.Y.).

MacDonough, a nonpartisan official tasked with interpreting the Senate’s often-confusing bylaws, claimed that the proposed addition to the bill – a plan to allow 6.5 million undocumented immigrants within the United States to apply for work permits, legitimizing their work status and helping to protect them from deportation – could not be reasonably included under the category of “budget reconciliation.”

Budget reconciliation, a procedure in the Senate that allows bills to pass with a bare majority instead of a filibuster-proof 60 votes, tends to require that proposed legislation covered under it be directly related to the federal budget. Spending proposals, which make up the overwhelming majority of the nearly $2 trillion bill, are clearly are related to the budget. Reforms to immigrants’ work status, however, are not.

"These are substantial policy changes with lasting effects just like those we previously considered and outweigh the budgetary impact," MacDonough wrote on Thursday, explaining her reluctance to allow immigration reforms into the budget. Her most recent refusal to include the proposed changes marks the third time that the Senate Parliamentarian has restricted Democrats’ ability to add language dealing with immigration to the bill.

Around 11 million undocumented immigrants are thought to reside in the United States. Finding ways to bring them into the public sphere has been a longstanding Democratic priority, albeit one with no chance of success in the sharply-divided Senate.

Biden has advocated for a pathway to citizenship for the immigrants, a notion that Republicans on Capitol Hill have strongly pushed back against. MacDonough’s refusal to allow the immigration reforms to be added to the bill has effectively doomed them in the Senate.

It is not clear what Schumer’s next steps will be, or if he can simply afford to ignore the parliamentarian altogether and push ahead with the legislation. Some progressive activists have argued for this step, implicitly arguing that change to immigrants’ status was needed before the 2022 midterm election, which the Democrats are widely projected to lose if current trends persist.

The Senate Majority Leader indicated in a statement that he “strongly disagree[d] with the Senate parliamentarian’s interpretation” of the proposed immigration reforms, and that he would “pursue every means to achieve a path to citizenship in the Build Back Better Act.”