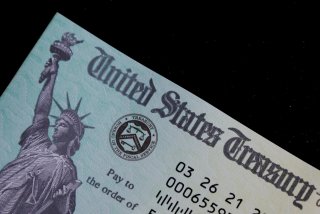 Even though Americans, in just a few short months, will have had to endure the ongoing coronavirus pandemic for two long years, it appears that President Joe Biden and Congress are still hearing from all sides that more direct stimulus checks to cash-strapped Americans are desperately needed.

In recent months, the expanded child tax credits—which allow eligible parents to collect $250 or $300 for each child every month through the end of the year—are undoubtedly grabbing most of the headlines. However, that doesn’t mean that demands for a fourth or even a fifth round of stimulus payments are entirely dead.

In fact, there are currently seven ongoing petitions demanding recurring monthly stimulus checks of $2,000 until the pandemic ends—and they have altogether garnered more than 4.5 million signatures.

One of the more passionate calls for more stimulus is being orchestrated by a popular Change.org petition, which is only sixty thousand signatures away from hitting its three-million target. Launched by Colorado restaurant owner Stephanie Bonin, the petition states: “I’m calling on Congress to support families with a $2,000 payment for adults and a $1,000 payment for kids immediately, and continuing regular checks for the duration of the crisis.”

“Otherwise, laid-off workers, furloughed workers, the self-employed, and workers dealing with reduced hours will struggle to pay their rent or put food on the table,” according to Bonin. “Our country is still deeply struggling.”

Congress has already approved the delivery of three direct stimulus payments to most Americans—a $1,200 check in April 2020, $600 in December, and the $1,400 payments under Biden’s $1.9 trillion American Rescue Plan. But the petition contends that millions of low-income Americans still aren’t able to pay for basic necessities like food and housing.

“For our team and other Americans who can claim unemployment, even the maximum payments will not be enough for most people to continue paying their bills—and avoid slipping into poverty,” according to the petition. “The facts are, even successful small businesses can’t go months with their doors closed. But supplying Americans with monthly support until they can get back on their feet can save our communities from financial ruin.”

The newest call for more stimulus checks comes from the Senior Citizens League, which has launched a petition that is pressing Congress to quickly approve another round of direct payments that would send out $1,400 to only Social Security program beneficiaries. The group has already amassed more than one million signatures.

“Social Security benefits are one of the few types of income in retirement adjusted for inflation,” the Senior Citizens League states in its petition. “But soaring inflation has taken a toll on household finances of retired and disabled Social Security recipients.”