Should Iran Bet Its Future on Russia? 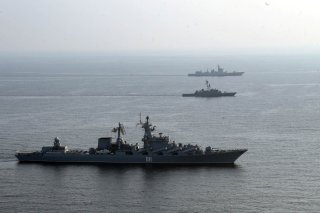 After the Soviet Union fell in 1991, Iran and Russia’s relationship has had its ups and downs. During the Iran-Iraq war, for example, Russia armed the Iraqis against Iran, but, over time, their relations improved, and, today, the two are strategically aligned in opposition to the United States.

Presently, most Iranian officials think that the West block is diminishing in power, and that the East is rising in influence. Thus, despite previously adhering to its mantra of “Neither the East nor the West” that was born from its 1979 revolution, the Islamic Republic today is increasingly seeking economic, political, and military collaborations with the major eastern powers.

Indeed, Tehran has grown increasingly closer to China and Russia over the past year. In March 2021, Iran and China signed a twenty-five-year cooperation agreement that caught the West off guard, and Iran attained full membership in the Shanghai Cooperation Organization that September. Then, in January 2022, Iran and Russia began finalizing the details of their own twenty-year agreement.

Iran has always depended on Russia and China to circumvent U.S. sanctions, and the three countries have agreed to use their national currencies rather than the dollar in trilateral trade.

According to an Iranian official, trade volume between Russia and Iran has increased 12 percent in weight and 41 percent in value in the first nine months of this Iranian calendar year (March 21-December 21, 2021). Also, the trade figure between the two sides stood at over 3.5 million tons for the same time period.

As a key member of the Joint Comprehensive Plan of action (JCPOA), Russia is poised to greatly benefit from trade with Iran if the deal if revived. Tehran and Moscow are eager to grow their trade volume once U.S. sanctions are lifted. Iran also purchases a variety of Russian weapons, and the two countries are seeking to advance their military cooperation alongside their broader bilateral ties. For example, in January 2022, Russia, China, and Iran held a trilateral naval drill in the Indian Ocean with an official saying they were meant to “strengthen security.” According to reports, Iran is also considering whether to purchase Russian Su-35 fighters.

Iranian officials see Russia as one of their closest allies against U.S. pressures. In recent years, Russia has used its veto powers to protect Iran at the UN Security Council, including over its missile program and the illegal use of Iranian-made missiles by the Houthi insurgency in Yemen. Russia has also cooperated with Iran in Syria in support of Bashar al-Assad’s beleaguered government. “Cooperation between Iran and Russia in Syria can become an effective model for developing the countries’ relations in various directions,” Iranian president Ebrahim Raisi said on speaking at the plenary session in the State Duma in his visit to Moscow.

Contrarily, some Iranians view Russians pessimistically. In the last two centuries, the Russian tsardom and then the Soviet Union held a colonial view of Iran and sought to maximize their interests there. During this period, many exploitative concessions in the fields of mining, fisheries, and railways were given to the Russians. Also, Iranians have not forgotten that parts of their country were occupied by the tsars from 1804 to 1813.

In fact, for most Iranians, anti-Russian sentiment originated from anti-Soviet feelings. Although Russia’s overly negative image relates more to tsarist and then Soviet expansionist policies, pessimism towards Russia is an issue that transcends history.

After the U.S. withdrew from the JCPOA in 2018, Iranian officials accused Moscow of welcoming sanctions against Iran in order to raise oil prices. “Russia has turned our country into an embankment against the United States. The negative view of a part of the Iranian society towards the Russians has been indisputable, and even today we can observe some of the biased behaviors of our northern neighbor, Russia, against the interests of Iran,” said the former head of the National Security Commission of the Iranian Parliament.

Some analysts believe Russia is not interested in seeing Iran realize its potential as a military power, which explains why Russia has refused to sell its best military weapons to Iran in recent decades. Instead, Russia has only sold outdated weapons, like submarines and fighter jets of previous generations.

Also, Iran could challenge Russia’s position in the European gas market. Russia has the biggest natural gas reserves globally, with Iran in second. Iran took significant steps to export gas to Europe in the 1990s but was deprived of market share by U.S. sanctions. Since then, Russia has attempted to control Iranian gas fields to ensure that Iran will be kept far away from the European gas market.

Not surprisingly, Russia will also not tolerate a new nuclear power in its neighborhood and has sought to stop Iran from producing nuclear weapons and mastering the nuclear fuel cycle. Some observers believe that Russian officials used nuclear cooperation with Iran as a bargaining chip with the United States. For example, Russia agreed to finish Iran‘s Bushehr power plant in 1992 but did not completely implement its commitments on time.

Recently, Mikhail Ulyanov, the Russian envoy to the JCPOA talks in Vienna, has published a photo from his meeting with Robert Malley, the U.S. special envoy for Iran. The picture has provoked a negative reaction from Iranians on social media. Some Iranians believe that, throughout the talks in Vienna, Russia is only pretending to advocate for Iranian interests while actually prioritizing its own in any future agreement.

“The photo shows a paternalistic role of Russia in the talks, and Russian officials are concerned that the nuclear deal could be the starting point for improvement in Iran-US relations in the future,” Javid Ghorbanoghli, a former Iranian diplomat, said.

Most importantly, Iran and Russia share the Caspian Sea, a valuable treasure of many resources, including oil and natural gas reserves. Iran dominated 50 percent of the Caspian Sea during the Soviet era. However, after the fall of the Soviet Union, three post-Soviet states, Azerbaijan, Kazakhstan, and Turkmenistan have demanded their share from the sea that borders their countries’ territories.

Additionally, Russia has warm relationships with Israel, a stalwart Iranian adversary. Russia has sought to balance its relationship with Iran and Israel at the same time. For example, during the 2020 conflict between Iran and Azerbaijan, Iran urged Russia to stand firm against Israel’s presence in Azerbaijan, but Moscow disregarded Tehran’s concerns.

For Russia, engagement with Israel is more important than its relationship with Iran. While Iran targets Israeli’s interests in the Middle East, Russia has committed itself to preserving Israel’s regional interests. In fact, Jerusalem is a close ally of Moscow while Tehran is only a partner for the Kremlin.

“Comprehensive solutions to the problems of the region must take into account the security interests of Israel as a matter of principle,” Russian foreign minister Sergei Lavrov wrote in an article for Israel’s Yedioth Ahronoth daily.

Although Russia wants to prevent a new Iranian-Israeli conflict, the country has persuaded Iran to accept that Russia will pursue closer relations with Israel. In fact, although Israel has made several clandestine attacks against Iran’s nuclear facilities in recent years, Russian officials always have tried to prevent Iran from retaliating against Israel. “Were Iran to attack Israel, Moscow would stand by the Jewish state’s side. In the case of aggression against Israel, not only will the United States stand by Israel’s side—Russia, too, will be on Israel’s side,” said the former Russian deputy ambassador to Israel.

While the Iranian government’s opponents and reformists see Russia as an enemy, Iranian officials believe that Moscow is sympathetic to Iran. Iran’s over-dependence on Russia is dangerous for Tehran, but the Islamic Republic needs both Russia and China to help balance its poor relations with the United States. Both are seizing this opportunity to gain influence while benefitting from sanctions against Tehran.

Based on experience, Russia and China will not support Iran at the expense of their interests with the United States. Thus, it may be time for Iranian officials to ask how much they have gained in return for their concessions to Russia.