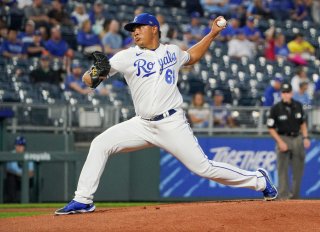 Sinclair Broadcast Group, through its Bally Sports networks, controls the local broadcast rights for a large chunk of teams in Major League Baseball. With the Bally’s networks not available on most vMVPD streaming services, Sinclair has announced plans to launch a direct-to-consumer streaming service, which will allow fans to stream their favorite teams’ games.

The service did not launch in time for the start of the Major League Baseball regular season last month, but a new statement from the company says it’s still on track. Sinclair’s subsidiary Diamond Sports Group (DSG) announced Monday that it has appointed a new board of directors to oversee DSG, including veterans of Hulu and NBC Sports. This follows the closing of new financing obtained by the company earlier this year.

Furthermore, the company announced its plans for moving forward with the service.  ”With the start of the full Major League Baseball season, our Bally Sports RSNs opened to strong TV audiences with household viewing impressions up versus the same period last year,” Sinclair CEO Chris Ripley said in the statement. “This should bode well for the DTC soft launch of five RSNs with MLB teams later this quarter and then a full DTC launch this September. While the DTC pricing will be announced closer to going live, it is anticipated to have an attractive price point as compared to other similar professional sports DTC offerings."

A Sportico report this spring said that the five teams launching as part of the original wave are the Kansas City Royals, Milwaukee Brewers, Tampa Bay Rays, Miami Marlins, and Detroit Tigers. “This quarter” would seem to indicate that the service will launch by the end of June for the first five teams.

“We’re working on some things. Sinclair is working on some things,” Kansas Royals owner John Sherman told reporters this spring, according to the Kansas City Star. “Then long-term, I think there are some really exciting solutions. I don’t know how long it will take. The whole landscape is changing, streaming, the way young people consume the game and connect to teams and players.”Baseball this season has moved further towards national streaming deals. MLB reached agreements with both Apple and NBC Universal/Peacock for weekly national streaming broadcasts of games, while the New York Yankees reached an agreement with Amazon to put a small slate of games on Amazon Prime, for fans located in the team’s home market. Another team, the Chicago Cubs, is reportedly in talks to launch its own streaming service, although those plans are said to be over the objections of Major League Baseball.