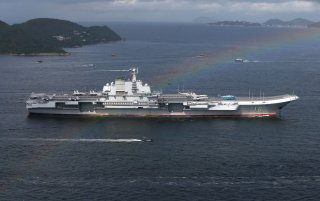 Key point: China is speeding ahead with creating more (and better) aircraft carriers. How long will it take before they have more carriers in the Pacific than America?

This first appeared in October 2018 and is being reposted due to reader interest.

David Axe edits War Is Boring . He is the author of the new graphic novels MACHETE SQUAD and THE STAN. This first appeared in October 2018 and is being reposted due to reader interest.