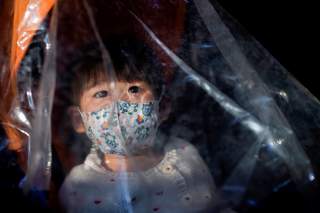 Six cities in China that consider the coronavirus situation to have been locally resolved have announced they will no longer publish new daily announcements.

The six cities are located in Henan province, which borders Hubei to the north, and Anhui province, which borders Hubei to the east. They are Kaifeng, Shangqiu, Xinxiang, and Hebi in Henan, and Fuyang and Chuzhou in Anhui, according to a report by The Beijing News. They will only make further updates if any new cases develop, but they claim there have not been any new cases for days or weeks.

Also, according to Da He Bao, a local Henan newspaper, Henan agriculture officials have announced the opening of live poultry markets.

Shangqiu, Kaifeng, Xinxiang, and Hebi are prefecture-level cities in the north of the province that all border one of the others. Shangqiu, the ancient capital of the Shang dynasty, one of China’s first, and Kaifeng, home to a small community of Chinese Jews whose ancestors came along the Silk Road, are both home to many historic sights.

According to official numbers, Shangqiu, has not had a new case in the past 19 days. Among the 91 cases that had been announced in the Shangqiu, which has an urban population of 1.5 million and 7.3 million in the prefecture, 88 have recovered, and 3 have died. Xinxiang, with a prefecture population of 5.7 million, has had 57 cases. Kaifeng and Xinxiang both reported less than 30.

According to officially-reported numbers, the entire province of Anhui had no new cases on March 5, and Fuyang and Chuzhou, neighboring prefectures with a combined population of 7.1 million, had 4 and 3 people released from the hospital respectively.

Previously, when no new cases had been reported, People’s Daily or local propaganda outlets would create graphics to be shared on social media to celebrate. For example, on February 22, People’s Daily’s graphic claimed 21 of the 27 provinces had suffered no new cases for at least one day. Now, the policy of some cities to curtail daily updates might indicate a shift in messaging to try to move to the next stage.

Cities in Zhejiang that were previously on lockdown have been moved from red to yellow or green level. Full-service restaurants are starting to reopen in Hangzhou. Intraprovince bus service in Jiangsu, the province to the east of Anhui, has resumed.