Social Security Cash Reserves Could Be Cut to $1.35 Trillion in 8 Years 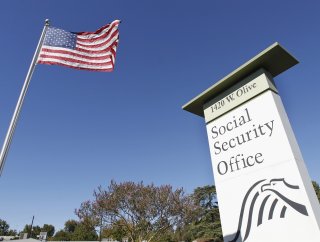 These days, one of the top concerns amongst Americans —both young and old—is whether the Social Security program will even be around in the years ahead.

Recently, it appears that a new trend regarding Social Security’s cash reserves isn’t giving people much confidence. According to personal finance writer Georgina Tzanetos at GOBankingRates.com, “for the first time since 1982, Social Security’s investments have actually lost more than they have brought in.”

She added that “Social Security’s investments operate much like any traditional balance sheet. Each year, total revenue is determined in the form of the taxes taken out of our paychecks every two weeks. Social Security is funded through payroll tax dollars, and since 1982, one year before its last major bipartisan overhaul, the program has consistently brought in more revenue every year than it has paid out.”

In fact, “from then until 2020, Social Security’s assets have increased from $25 billion to almost $3 trillion.”

However, since the ongoing coronavirus pandemic took root in the country roughly two years ago, there has been a dramatic shift.

“An already-aging baby boomer population and global pandemic were enough of an impetus for a massive wave of resignations and early retirements beginning in late 2020,” Tzanetos writes. “This sudden pressure on distributions was enough to deplete Social Security cash reserves so much that for the first time in its history, it’s in the red.”

Adding even more misery to this situation is the fact that the depletion is only expected to get worse. Over the next eight years, Social Security’s cash reserves could potentially be cut to $1.35 trillion, says the Board of Trustees for the Social Security Board.

This can’t sit well with future retirees who are expecting Social Security will be around for them to help fund a comfortable, decades-long retirement.

According to the TransAmerica Center for Retirement Studies, a whopping 73 percent of workers responding to a survey indicated that they agreed with this statement: “I am concerned that when I am ready to retire, Social Security will not be there for me.”

Moreover, the 2021 Social Security Trustees report has suggested that by 2034, retirees will start receiving a reduced benefit if Congress doesn’t address the long-standing funding issues for the social program.

However, according to the AARP, steps can be eventually taken to keep the Social Security program running strong for the foreseeable future.

“As long as workers and employers pay payroll taxes, Social Security will not run out of money. It’s a pay-as-you-go system: Revenue coming in from FICA (Federal Insurance Contributions Act) and SECA (Self-Employed Contributions Act) taxes largely cover the benefits going out,” the group writes.

“Social Security does face funding challenges. … (but) to avoid that outcome, Congress would need to take steps to shore up Social Security’s finances,” it continues.