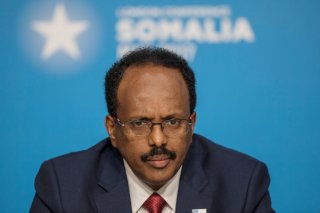 President Mohamed Abdullahi Mohamed of Somalia, also known as Farmaajo, claimed on Monday that he had suspended the country’s prime minister, Mohammed Hussein Roble, on suspicion of corruption. Roble refused to recognize this move and claimed that it came as part of an attempted coup d’etat plan by Mohamed.

Roble’s refusal to recognize his dismissal is the latest escalation in a political feud between the two leaders that has persisted for several months. Critics have alleged that the two men’s antagonism has delayed parliamentary business in Somalia and weakened the country’s military response against the al-Qaeda-affiliated “al-Shabaab” insurgent terrorist group.

There is some concern that security forces loyal to Mohamed and Roble might become violent if the current dispute is not resolved.

Roble has been accused of taking land belonging to the Somali National Army (SNA) and obstructing an investigation into the ownership by the country’s Ministry of Defense. Based on this suspicion, Mohamed’s office announced that he had “decided to suspend [the] prime minister . . . and stop his powers.” It also announced that the commander of Somalia’s naval forces had also been suspended from his post based on similar allegations.

But Roble argued that Mohamed’s order represented “a violation of the constitution [and] other laws” in a statement posted on Twitter. He noted that the consequences would “be solely shouldered by Farmajo.”

The U.S. Embassy in Somalia avoided taking a side in the dispute but urged all parties to remain calm.

“We strongly urge Somalia’s leaders to take immediate steps to de-escalate tensions in Mogadishu, refrain from provocative actions, and avoid violence," the embassy wrote on Twitter.

At the same time, the State Department’s Bureau of African Affairs described Mohamed’s attempted suspension of Roble as “alarming” and noted that it “support[ed] his efforts for rapid [and] credible elections.”

Mohamed has been Somalia’s president since he was elected to a single four-year term in early 2017. For the past ten months, he has served in this role in an “acting” capacity only, as his term expired in February; however, instability in Somalia has precluded further elections. As a result, he has remained in office.

Roble criticized this arrangement in a statement posted to his official website. He argued that his occupation of the presidential office was “illegal” and said that he should be “treated no different from any other presidential contender” in the upcoming election.