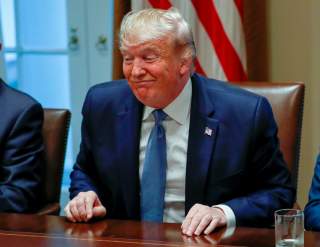 U.S. lawmakers have given the U.S. Air Force the nod to establish a new, separate internal service for space operations. The 2020 defense budget, which Congress signed into law in early December 2019, authorized so-called “space force.”

The new service will assume oversight of the roughly 38,000 space operators in the Air Force. The Navy and Army will retain control of their own space personnel and spacecraft.

But not everyone is a fan of the space service. Among the critics is Laura Grego, a physicist and senior scientist in the Global Security Program at the Union of Concerned Scientists in Massachusetts.

“At best a space force is a distraction from what is necessary to ensure space security in the face of rapid technological and geopolitical changes,” Grego wrote. “At worst, it would prompt a space arms race that would threaten U.S. military and civilian satellites, not protect them. Diplomacy, not bureaucratic reorganization is urgently needed.”

The Pentagon insists that keeping space predictable and safe is the core purpose of whatever reorganization they do. To be sure, that mission is important and stabilizing, but it doesn’t need a new military service. Creating a new military service focused on space will create bureaucratic incentives to hype the space weapons threat and build new weapons.

Pentagon officials emphasize that Russia and China are developing anti-satellite technology, but they leave out the fact that the United States is far ahead in sophistication as well as capacity of such technology.

Grego apparently is referring to so-called “inspection satellites,” small spacecraft that can maneuver close to other satellites and inspect, modify or even destroy them.

Between 2013 and 2015, the Russian government launched several inspection satellites. In June 2016, the Chinese space agency launched its Roaming Dragon satellite into low orbit. Officially, Roaming Dragon’s job was to pluck old spacecraft and other debris from Earth’s orbit and safely plunge them back to the planet’s surface.

The United States however arguably possesses the most capable inspection satellites. The U.S. Air Force’s X-37B robotic mini-shuttle, which recently spent 780 days in orbit, can perform wild maneuvers and in theory could function as a weapon.

All this potential weaponry is making space less safe -- and putting a separate service in charge of it could only exacerbate the problem, Grego argued. “In fact, having anti-satellite weapons will do very little to keep one’s own satellites safe from attack. And unconstrained space weapons development will lead to a competition that makes space more dangerous, costly and unpredictable to use.”

In the absence of any international agreements about protecting satellites and the outer space environment, more countries are developing weapons that can destroy satellites in orbit. Earlier this year, for example, India successfully tested its anti-satellite system, obliterating its own satellite. It proudly proclaimed that it had joined the “elite club of space powers.”

Testing anti-satellite technology, much less engaging in an actual conflict in space, can have profound ripple effects. The destruction of a single large satellite in low Earth orbit could more than double the amount of dangerous debris in the orbits most often used for weather observations, earth imaging and space-based internet service.

We all would be better off with international agreements that constrain conduct and particularly dangerous technologies in space. The international community has struggled to overcome ideological divisions to reach agreements, but the benefits of continuing to try are obvious. Despite the United States having the most investment in space—nearly half of all satellites—it has put very little time into diplomatic efforts to keep space safe.

Keeping space safe is critical, not just for military purposes, but for the billions of civilians who rely on the nearly 2,000 satellites circling the planet, the vast majority of which are non-military, which provide critical communications and economic services.