U.S. General: Space Is Where Russia and China Are Most Dangerous 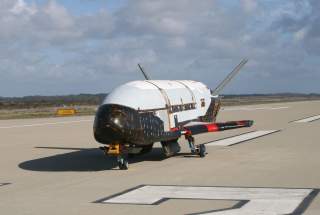 The greatest threat that Russia and China pose to the United States is in space, Gen. David Goldfein, the U.S. Air Force’s chief of staff, said at an event in California in early December 2019.

“Russia is a rather dangerous threat because it’s an economy in decline and the demographics are challenging for [Vladimir Putin],” Goldfein said, according to Defense News. “But China is the face of the threat. China has the economy."

In addition to ground-based jammers, lasers and rockets that can mute, blind and destroy low-flying satellites, Moscow and Beijing are working on small, maneuverable satellites that can tamper with American spacecraft.

"Our adversaries are increasingly leveraging rapid advances in technology to pose new and evolving threats — particularly in the realm of space, cyberspace, computing and other emerging, disruptive technologies," the U.S. intelligence community concluded in its 2019 strategy report.

"No longer a solely U.S. domain, the democratization of space poses significant challenges for the United States and the I.C.,” the report explained. Russian and Chinese anti-satellite weapons could “reduce U.S. military effectiveness and overall security."

Between 2013 and 2015, the Russian government launched several mysterious satellites into low orbit. Zipping across orbital planes hundreds of thousands of feet above Earth, the nimble little Kosmos-2491, -2499 and -2504 spacecraft — which apparently were the size of mini-refrigerators -- were able to approach within just a few feet of other satellites.

"You can probably equip them with lasers, maybe put some explosives on them,” Anatoly Zak, a space historian, said of the Kosmos triplets. “If [one] comes very close to some military satellite, it probably can do some harm."

In June 2016, the Chinese space agency launched its Roaming Dragon satellite into low orbit. Officially, Roaming Dragon is a space-junk collector. Its job, according to Beijing, was to pluck old spacecraft and other debris from Earth’s orbit and safely plunge them back to the planet’s surface.

Russia and China aren't alone in deploying these weaponizable spacecraft. The United States, Sweden and Japan also have tested or deployed maneuvering satellites that could perform the close-flying tricks that the new Russian and Chinese craft apparently were capable of doing.

But Moscow and Beijing are deploying these potential space weapons in greater numbers than other countries are doing.

Goldfein endorsed three measures for defeating Russian and Chinese threats in space. “We have to defend what we have,” he said. “At the same time we need to transition to defendable architecture. But it’s not good enough to take punches in the ring. At some point you have to punch back. And third, we need to transition our force into a warfighting force,” as opposed to one that’s accustomed to operating spacecraft in a “relatively benign” environment.

Goldfein also endorsed pre-emptive action. “In every war game, we determined that if you move first in space, you’re not guaranteed to win. But if you move second, you’re likely to lose.”

In a move that officials hope will begin to reorient U.S. space forces to a more hostile orbital environment, Congress is set to approve the establishment of a new space service starting with the 2020 defense budget.

The so-called “space force” would be a separate service inside the Air Force, much like the U.S. Marine Corps falls under the Department of the Navy. The Air Force’s current space personnel, numbering around 38,000, eventually would migrate to the new service, while the Navy and the Army would keep their own space operators.

Pres. Donald Trump’s reelection campaign wrongly asserted would help the United States return to Mars. In fact, the space force would have nothing to do with space exploration, which is NASA’s purview.