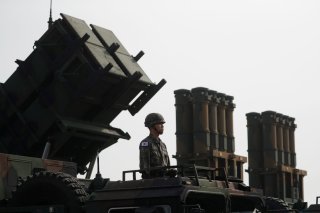 South Korea has inked a record deal for the sale of surface-to-air missile (SAM) systems to the United Arab Emirates (UAE). The export contract for the Cheongung II KM-SAMs was signed on January 16 during a meeting between South Korean president Moon Jae-in and Emirati prime minister Mohammed bin Rashid Al Maktoum.

“The UAE is the first foreign nation to operate the Cheongung II,” said South Korea’s Defense Acquisition Program Administration (DAPA), as reported by Defense News. “The deal is the result of the bilateral defense cooperation based on mutual trust and will serve as a watershed moment for future direction of the two nation’s strategic defense partnership.” The two sides did not specify a delivery timeline, nor is it clear how many KM-SAMs were purchased by Dubai.  The DAPA added that South Korea and the UAE signed a memorandum of understanding to collaborate on defense technologies, including the joint development of weapons systems. The defense partnership will reportedly involve Korean defense-industrial giants LIG Nex1, Hanwha Systems, and Hanwha Defense Systems.

The UAE’s Ministry of Defense confirmed in November during the 2021 Dubai Airshow that it intended to procure the South Korean SAM systems, stating that they will be a “qualitative addition” to the country’s existing air defense capabilities.

The KM-SAM is a South Korean medium-range surface-to-air missile system that was developed by South Korea in collaboration with Russian defense manufacturers. KM-SAM units were introduced in the 2010s to replace South Korea’s aging MIM-23 Hawk batteries. Based on missile technologies used in Russia’s S-350E and S-400 systems, the Block II revision of the KM-SAM can target aircraft as well as ballistic missile targets. The first Block II KM-SAM units entered service in South Korea’s military in November 2020. The system can reportedly engage up to six missiles at altitudes of up to 40 km and boasts a detection range of 100 km.

The sale, worth $3.5 billion, marks the largest arms export contract in South Korea’s history. The deal is a major milestone in Seoul’s efforts to establish itself as a player in the global arms market. The Korea Herald reported last month that South Korea became the world’s ninth-largest arms exporter from 2016-2020, jumping to 2.7 percent total market share from 0.9 percent in the 2011-2015 period. Seoul signed a $730 million contract with Australia last month for the sale of K9 Thunder 155 mm self-propelled howitzers. South Korean media previously reported that import negotiations over the K9—which has been purchased by Turkey, Poland, India, Norway, Finland, and Estonia—are underway with Egypt.