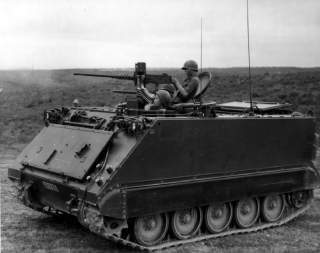 In early 1965, villagers across South Vietnam might have watched a curious military formation race through their hamlets. No, not heavily-armed troops shielded inside armored vehicles, but rural militiamen on bicycles.

For nearly a year, authorities in Saigon and their American advisers considered adding bicycles to various rural units. Cheap and easy enough for provincial soldiers to fix on their own, the bike potentially offered a good alternative to larger, gas-guzzling vehicles.

In many areas, “the principal means of movement … is by foot on paths and by boat on the numerous waterways,” U.S. Army evaluators explained in an August 1965 final report. “Faster reaction time … permits more timely support of’ hamlets under attack and under some conditions lessens the opportunity for the V.C. to establish ambushes.”

For the test, the South Vietnamese Army had bought nearly 800 French-made commercial bicycles. To reflect the bikes’ new role, they got a green paint job and a yellow and red stripe — representative of the national flag — below the seat.

The new gear was a welcome morale boost for the ill-equipped Regional Forces and Popular Forces. Nicknamed “Ruff-Puffs” by American troops, these second line troops often got stuck with antiquated weapons or cast offs from the regular army.

Unfortunately, rural commanders and province chiefs had little idea when or how to use the bicycles, if at all.

While the idea of bicycle-mounted troops was hardly new by the 1960s, the practice had fallen out of vogue. After widespread use, especially in Europe during World Wars I and II, modern armies universally abandoned bicycles in favor of motorized vehicles.

During the Vietnam War, the bicycle became synonymous with the Viet Cong and its North Vietnamese allies. Communist insurgents used fleets of bikes to help carry vital supplies down the Ho Chi Minh Trail through Laos and Cambodia into South Vietnam.

The Pentagon realized that bikes could be useful for government troops, too. Firstly, especially in areas with roads or trails, bike-riding soldiers could cover more ground than on foot.

“The soldier as a cyclist on a heavily packed bicycle should be able to cover an average distance of 50 miles, and a maximum distance of 100 miles a day, at about an average rate of eight to 10 miles per hour and still remain ready to fight,” analysts consulted by the Army wrote. “He should be clothed, equipped and armed in such a way that he can lay down his bicycle at any time and enter combat as an infantryman, even for several days.”

In March 1965, U.S. Air Force Col. Ben Hardaway asked the researchers to compile a summary of historical examples of bicycle troops. At the time, Hardaway was the head of the Advanced Research Project Agency’s team in South Vietnam.

Unlike jeeps or cargo trucks, bikes do not suffer because of broken engines or lack of fuel. Without assigned vehicles, military units might need to wait hours for their superiors to round up civilian buses or other transportation.

But with bicycles, militiamen could race at moment’s notice toward nearby hamlets if they came under attack. And the bikes were practically silent compared to noisy gas- or diesel-engine vehicles. The Ruff-Puffs could also use this stealthiness to quietly assemble for an attack.

If the Viet Cong blew up bridges, troops could simply carry their lightweight rides across canals and rivers. And the lightweight bikes were less likely to trigger mines meant for larger vehicles.

The Ruff-Puffs had no trouble riding with their rifles and submachine guns. Of course, no one tried to actually shoot guerrillas from the bicycles. In the future, the Army recommended buying “women’s style” bikes with a slanted or altogether missing center bar to help troops jump off faster in a fight.

With trailers attached, bikes could conceivably carry heavier armament like .30-caliber machine guns and 60-millimeter mortars. While none of the Ruff-Puffs pursued these ideas, one company rented more powerful motorcycles to carry these weapons.

Some intelligence units even used the civilian-looking bikes for secretive patrols in villages. “In these operations, members … wore civilian clothes and carried only pistols or submachine guns which could be concealed beneath their clothing,” the report explained.

But bicycles were by no means perfectly suited to South Vietnam. Flooding in areas full of rice paddies made them impractical. American trainers reported that some units in the Mekong Delta region rarely used their new bikes.

Then there was a concern about how bicycle-riding troops would survive enemy ambushes. Three out of five advisers reported that the bikes made the units more effective in combat, the Army noted in its report. But one bluntly said there was “no apparent difference.”

While the American officials said that bicycle-riding troops might actually present less of a target, no mounted Ruff-Puffs ever actually encountered the Viet Cong during the test.

Accustomed to operating with limited mobility and mostly as local security, the Ruff-Puffs do not appear to have taken full advantage of the bicycles, under the best conditions. In many cases, the militia fighters preferred the bikes for moving couriers back and forth … and not for fighting.

The Army’s analysts were also not sure how relevant bicycle troops were in the post-World War II era. Their historical research covered examples from 1870 to 1945. “These concepts, of course, have changed in the last 70 years, so it is necessary to evaluate the information of the past in the light of today’s environment, objectives and requirements,” the analysts wrote.

The analysts offered wildly different ideas on how and when the Ruff-Puffs should use bikes in the future. Most favored giving them to specific units or individual soldiers, such as messengers and intelligence troops, who might be able to use them best.

In the end, the Army decided not to form up companies of rural bike troops — and stood up a small number of Ruff-Puff units with armored cars instead.