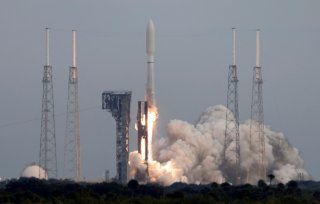 The United States Space Force just sent two satellites into space in an effort to increase awareness in space. The satellites are a part of the Space Force’s Geosynchronous Space Situational Awareness Program (GSSAP).

Although details about the GSSAP program are difficult to ascertain, Chief of Space Operations General Jay Raymond shed a bit of light on the program. Speaking as a part of the Mitchell Institute’s Schriever Spacepower Forum, Gen. Raymond said that the geosynchronous domain is “a very large volume of space that you have to cover and this provides additional capacity for us.”

“And so historically, the way we have surveilled or had awareness of a domain is, we've taken observations from radars (with) optical capabilities. And we've come up with an address and space, if you will, of objects. And we've been worried about making sure two things don't collide. That we can keep that domain safe for all which is critical. But it's not sufficient. If you move into a warfighting domain, you have to have more knowledge than just where something is, you'd have to have some insights into what those capabilities are.”

I Spy with my Little Eye

The satellites are highly secretive, though they are thought to be capable of inspecting other satellites in orbit and snapping photos in addition to collecting other intelligence.

Several other countries have similar satellite capabilities, including Russia and China. The United States has known about so-called Russian “inspector satellites” that can fire projectiles at other objects in space for some time.

China also possesses space assets that are likely able to track other objects in space and may be capable of interference through jamming or physical attack as well. China has previously conducted orbital warfare against American assets in space, dazzling satellites from the ground with laser beams and electronic jamming.

Given the importance of the space domain for both the United States, Russia, and China, more sophisticated satellites – as well as anti-satellite assets and satellite snoopers – are expected.