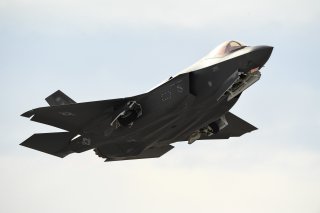 The F-35 fighter jet could be the plane that flies over the plain in Spain as the NATO country looks to become the latest European nation to acquire the fifth-generation stealth fighter aircraft. If the European nation gets the greenlight to buy the weapon, then it will join the ranks of the UK, Belgium, Poland and Italy. Greece and the Czech Republic have expressed interest in the Joint Strike Fighter too.

Spain is reportedly considering placing an order for fifty F-35 jets, which would include twenty-five of the conventional takeoff and landing F-35A variants for the Ejército del Aire (Spanish Air Force) to replace the aging F/A-18 Hornet fleet. The Armada Española (Spanish Navy) would acquire twenty-five of the F-35B models, the Short Takeoff Vertical Landing version employed by the United States Marine Corps and Royal Air Force. The F-35Bs would replace the AV-8 Harrier II aircraft that operate from the navy's amphibious assault ship-aircraft carrier Juan Carlos I.

The warship’s short, ski-jump deck makes the F-35B the only option in the market, according to Cdr. Antonio Estevan, a staff offer with the Spanish Navy’s plans and policy division.

“From a technical point of view, it's a very interesting option for us,” Estevan told Defense News. “The problem is the cost. The version for us would be, as far as I know, $100 million; the Air Force version $80 million. We are talking about high prices. Even the American president was surprised when he realized the cost.”

While the Spanish Navy really is left without a choice, as the F-35B is really the only game in town in the VSTOL aircraft market, the acquisition of the F-35A is reported to be more of a surprise. That is because it was only a little over a year ago, in October 2020, that Madrid announced the purchase of 20 additional Eurofighter Typhoons for €2 billion.

That acquisition was seen as a stopgap solution for Spain's Air Force, while the service waited for the development of the Future Combat Air System (FCAS) and its Next Generation Fighter. Spain is a partner on the FCAS program, and its defense electronics group Indra was chosen last year as the main industrial representative of the country, along with Airbus for Germany and Dassault Aviation for France.

However, both the Spanish Air Force and Navy want a new aircraft by 2030; and that could be about a full decade before the FCAS program is scheduled to field a new compact aircraft. And while the Spanish Navy likely has no other choice beyond the F-35B fighter jet, some experts believe Spain could follow Germany's lead and adopt more of the upgraded Eurofighter Typhoons instead.

Seeing the F-35 fighter jet in action could still sway opinions—so the timing of these talks is worth noting, as two U.S. Air Force F-35s arrived last week at Llanos Air Base near Albacete, Spain for training with NATO forces. Perhaps once Spanish officials see the fifth-generation jet up close and in flight, it will be enough for it to win over Madrid.