SSN(X): Does the U.S. Navy Need a Big and Expensive New Attack Submarine? 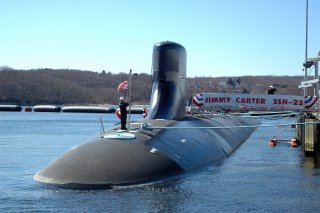 Last week the fine folks at USNI News and The War Zone reported on an intriguing interview with Rex Geveden. Geveden is the chief executive of BWX Technologies, the firm that supplies nuclear reactors to the U.S. Navy aircraft-carrier and submarine fleets. He forecast that the U.S. Navy’s next generation of nuclear-powered attack sub (SSN), currently dubbed SSN(X), “will be a larger type of submarine, probably in the size class of the Columbia”—Columbia being the new nuclear-powered ballistic-missile submarine (SSBN) class that rumbled into production this month when the navy awarded builders a $9.47 billion contract for the first hull and advance work on the second.

Affordability is part of it. Take the Japan Maritime Self-Defense Force’s (JMSDF) latest state-of-the-art diesel boat, which is powered by lithium-ion batteries while underwater, as a standard of measurement. The Taigei will run $722.23 million according to official figures. That implies the U.S. Navy could acquire about four diesel boats for the price of one late-model Virginia. (CBO estimates the cost of a Virginia at $2.9 billion, slightly more than the navy tally and almost precisely four times the Taigei’s cost.) The ratio is even more lopsided when stacking the JMSDF boat against SSN(X). The navy could acquire as many as seven conventional boats for the price of one SSN(X), depending on whether the navy or the CBO estimate better approximates the true cost of the new SSN.