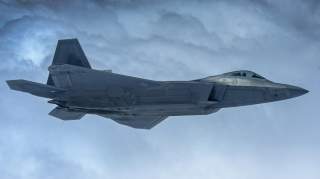 The idea is that a focused search by the jet’s other sensors would result in a weapons quality track to engage a fifth-generation fighter such as a F-22. If the technique works, the Russians will have negated the Raptor’s stealth.