Stealth F-22 vs. Stealth F-22: How the Air Force Could Train to Beat Other Stealth Fighters 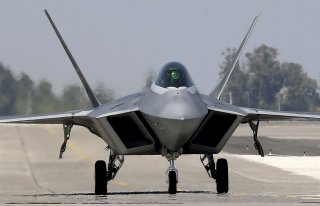