Stealth vs. Battleship: What if America's Last Battleship Attacked the Zumwalt-Class Destroyer? 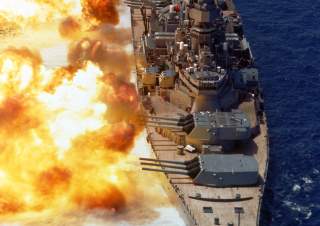