Steel Tomb: The Worst Russian Submarine Disasters of All Time 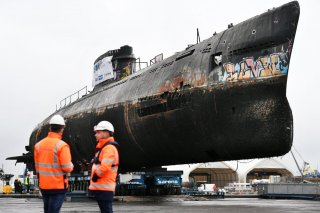