A Stimulus Check Petition is Gaining 50,000 Signatures a Week 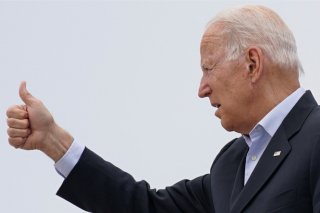 In March 2020, after Covid-19 lockdowns caused thousands of businesses to close their doors, Stephanie Bonin, a Colorado restaurant owner, started a Change.org petition calling for recurring stimulus checks. Bonin’s suggestion, echoing proposals made by legislators on Capitol Hill, was a recurring payment of $2,000 per month to all American adults throughout the pandemic.

The proposal in question had been advocated before—around the same time, it was put forward by Humanity Forward, a universal basic income (UBI) advocacy group, and it is difficult to tell who came up with the idea first. However, the petition quickly gained outsized attention as millions of people signed; its current tally sits at 2.45 million signatures—gaining roughly 50,000 in the past week alone. If the current trend continues, the petition will pass 2.5 million signatures next week.

The petition has been peripheral to the actual stimulus debate in Washington. However, while it probably has not affected any policy decisions, it has exposed a deep undercurrent of support for further stimulus payments. Nor is it the only place that this support has become apparent. According to one survey, 90 percent of Americans believed that the stimulus check gave them a noticeable economic benefit. In a separate Data for Progress poll, 65 percent expressed their support for another stimulus measure.

The moral case for another stimulus check is clear-cut. The U.S. unemployment rate is still at roughly 6 percent, far higher than its pre-pandemic level. Polling has indicated that four in ten Americans’ wages are lower now than they were in 2019, underlining the idea that the economic recovery is still far from over.

For these reasons, the stimulus payments are popular. More than sixty members of the House of Representatives, and more than twenty senators, have indicated their support for a fourth stimulus payment, although there is disagreement on what form such payment would take. The issue of recurring stimulus checks, in particular, has been taken up by progressive Democrats, including Reps. Alexandria Ocasio-Cortez (D-NY) and Ilhan Omar (D-MN) and Sens. Elizabeth Warren (D-MA) and Bernie Sanders (I-VT).

However, eighty out of five hundred and thirty-five is not a majority, and both Republicans and moderate Democrats have opposed the extra spending that a stimulus bill would entail. So, in all but words, has President Joe Biden, who has scrupulously avoided addressing the stimulus issue, pushing instead for a more traditional bipartisan infrastructure bill. While a second, larger spending bill is also in the works, it does not contain a stimulus, either. Barring an extreme event—such as a deadlier strain of Covid-19, forcing Americans back into their homes—another stimulus payment seems very unlikely.