80 Democrats and Counting: Why the Left Loves a Fourth Stimulus Payment 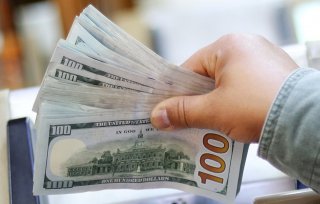 Here's What You Need to Remember: While Biden has not displayed interest in the concept, and Republicans have generally opposed it, it is widely popular among Democratic lawmakers. According to Newsweek, more than 80 Democrats have indicated their support for further stimulus checks in some form.

In recent weeks, President Joe Biden has pressed ahead with his landmark COVID-19 economic recovery plans. Biden proposed the American Families Plan and American Jobs Plan, two signature pieces of legislation that would spend roughly $4 billion on infrastructure improvements and social programs, during his joint address to Congress on April 28, marking his one-hundredth day in office.

These two bills contain many programs of interest to millions of Americans, including free community college, decreases in health insurance costs, and advance payments of an increased Child Income Tax Credit – essentially a miniature monthly stimulus check, for qualifying parents.

But the question of a fourth stimulus check has been pointedly left out of Biden’s proposals. When questioned, White House Press Secretary Jen Psaki indicated that Biden was not considering a fourth check. She added, “We’ll see what members of Congress propose,” suggesting that if Congress wished to take the lead on proposing a stimulus bill, Biden might support it. However, she also noted that the bill would likely be tremendously expensive.

Still, it seems that Congress has taken Psaki’s words to heart. On Monday, May 17, six members of the House Ways and Means Committee, all Democrats, sent the president a letter encouraging the introduction of recurring payments in the American Families Plan – noting that such payments would keep an estimated 12 million Americans out of dire poverty.

While Biden has not displayed interest in the concept, and Republicans have generally opposed it, it is widely popular among Democratic lawmakers. According to Newsweek, more than 80 Democrats have indicated their support for further stimulus checks in some form.

The Democrats have tapped into a current of popular support for such measures. The progressive polling firm Data for Progress conducted a survey in January, revealing that just under two-thirds of respondents were in favor of a fourth stimulus check. At the same time, more than two million people – over one percent of America’s electorate – have signed a petition advocating for monthly $2000 stimulus checks.

Meanwhile, some states have pursued stimulus measures on their own. California, which survived the COVID-19 pandemic with an $80 billion surplus, has plans to distribute its own $600 stimulus check. Governor Gavin Newsom spearheaded this proposal, which is slated to be paid out to all Californians making less than $75,000 per year – or roughly 80% of the state.